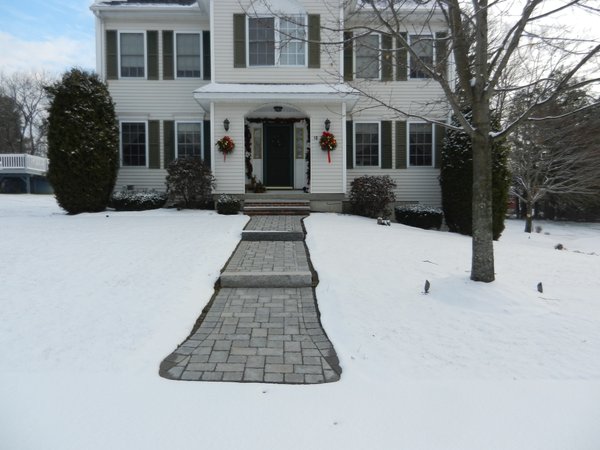 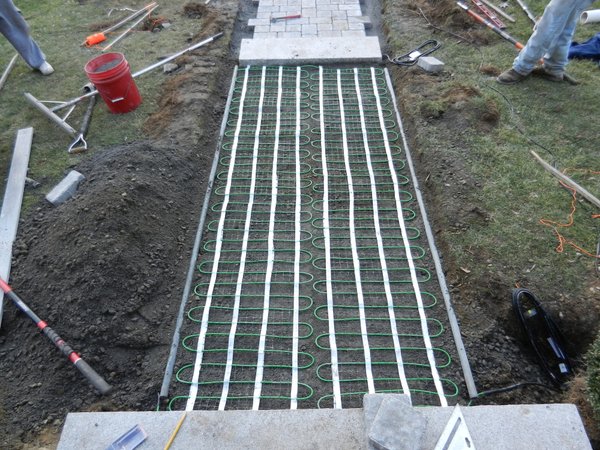 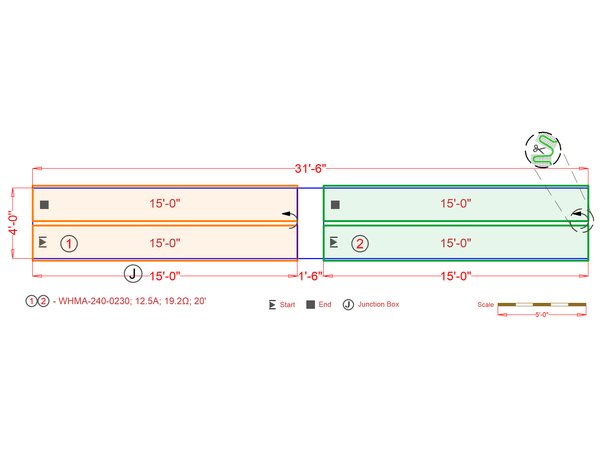 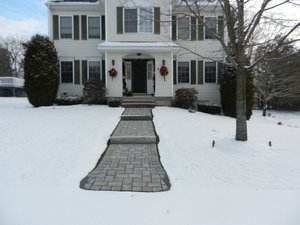 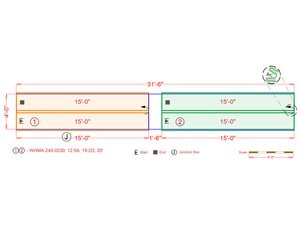 Bill Tompkins of the Tompkins Corporation, established in 1993, was recently approached by a homeowner in Methuen, Massachusetts, about a driveway (not pictured) and walkway heating project. The client was primarily interested in finding a way to keep her driveway safe - especially during the winter months - which can bring extreme weather across New England. Her busy work schedule didn’t allow her much time to shovel in the winter, leaving her walkway hazardous to her elderly mother. Because she isn’t frequently home, she also couldn’t monitor the driveway for icy conditions during the winter.

Tompkins was contacted by the client this past spring to make a change to her walkway after spending more than $1,500 on plowing this winter. She had also faced complications over the course of the winter when it came to keeping her walkway clean - in some instances, snow-plowers did not show up to take care of the snow, despite blizzard conditions.

To solve the dilemma, Tompkins arrived to install new Snow Melting Heating Mats that would keep these issues from developing in the future. Over the course of three days, Tompkins was able to completely incorporate the system under the driveway and the walkway as well. The life expectancy of the mats is approximately 30 years, giving the client plenty of opportunities to enjoy winters without the potential for slips and falls.

The client now has Snow Melting Heating Mats that will prevent her from slipping on ice, as well as provide additional safety for her elderly mother and anyone else who may walk on it during the winter. Tompkins’ customer will also no longer have to worry about spending an ample amount of money on chemicals to treat her driveway and plow in the winter, who do not compare when it comes to reliability.

Although the granite surfacing where the heating mats were installed is approximately 7 inches thick, Tompkins found the product to be extremely efficient at melting the ice above when tested. For this reason, the system should serve as an adequate way to keep the driveway and walkway ice and snow-free in winters to come.

In the future, the only maintenance that will need to be done is regular inspections. Examining the sensors of the system ensures that nothing on the surface above is preventing their heat from melting surrounding ice.

Through installing this product, the homeowner may now be able to reduce the risk of insurance liabilities as a result of slips and falls on her property - specifically on her driveway. Animals will no longer be at risk of harm as a result of walking on a surface that has been treated with melting chemicals. Additionally, clients such as the homewoner who worked with Tompkins won’t need to worry about finding time to shovel after a large snowstorm. Those who live in regions of the country that endure long winters can benefit from heated walkways, driveways, and radiant floor heating over time.