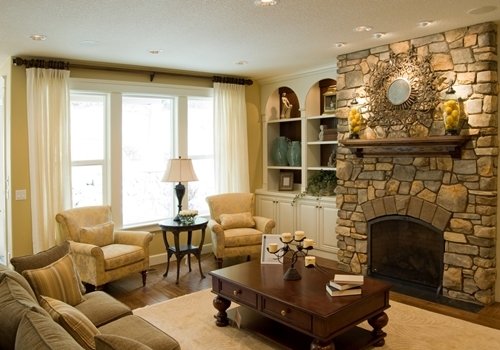 While many people predicted the recession would spur Americans to seek out smaller homes, a new survey finds that isn't the case.

The PulteGroup Home Index, conducted by national home builder PulteGroup, polled more than 500 people between the ages of 18 and 59 about their size and feature preferences for their next home.

Overall, the survey found that most people are not looking for smaller spaces. In fact, more than half of homeowners between the ages of 18 and 34 would like their next home to be larger than their current home, mostly to accommodate their growing families.

Forty percent of members of Generation X, who are between the ages of 35 and 54, said they want a larger home as well. While some (37 percent) want more space for their families, 29 percent said they need more storage space.

However, one of the most surprising findings involved Baby Boomers, between the ages of 55 and 59. The survey found that only 28 percent are considering downsizing due to retirement or children leaving the home.

"It was interesting to see that 84 percent of homeowners ages 18-59 don't have plans to downsize their next home, even among baby boomers," said Deborah Meyer, chief marketing officer for PulteGroup.

According to U.S. Census Bureau data, the average size of a newly built home was 2,480 square feet in 2011, which is an increase of nearly 4 percent from 2010. This represents the first annual increase since 2007.

Did you find this post helpful? Let us know by giving it some applause.
Tagged:
Radiant-news, New-construction, Floor-heating, Remodeling, Indoor-heating, General-information, Radiant-floor-heating
Join the Discussion
Quick Access Links Remodeling Blog
Related Posts
How Much Does Radiant Floor Heating Cost in 2022?
Winterize Your Garage/Driveway with WarmlyYours Radiant Heating
Answering Some of Electric Floor Heating’s Most Frequently Asked Questions (FAQs)
Like this post? Subscribe for regular updates
Make sure you don’t miss out on the latest news in radiant heating by subscribing to our blog. We’ll send you an email with links to the newest posts from WarmlyYours. We won’t share your information and you can unsubscribe at any time with a single click.
Previous Post DIY vs. Hiring a PRO: Why More Homeowners are Hiring PRO’s
Next Post 'Green' Flooring Alternatives to Hardwood