How to Heat New Wood Floors

This webinar shows you how to add electric floor heating to new wood floors. Our floor heating experts discuss selecting the proper radiant heating system for hardwood, engineered, and laminate, along with appropriate installation techniques for each application.

Electric floor heating is an ideal solution for wood floors because of its consistent temperature output and ease of installation. With our radiant experts' knowledge of industry standards and in-the-field experience, you can learn everything you need for the perfect installation. Watch the entire webinar to learn more!

Check out all of our webinars to learn more about radiant heating:
https://www.warmlyyours.com/webinar 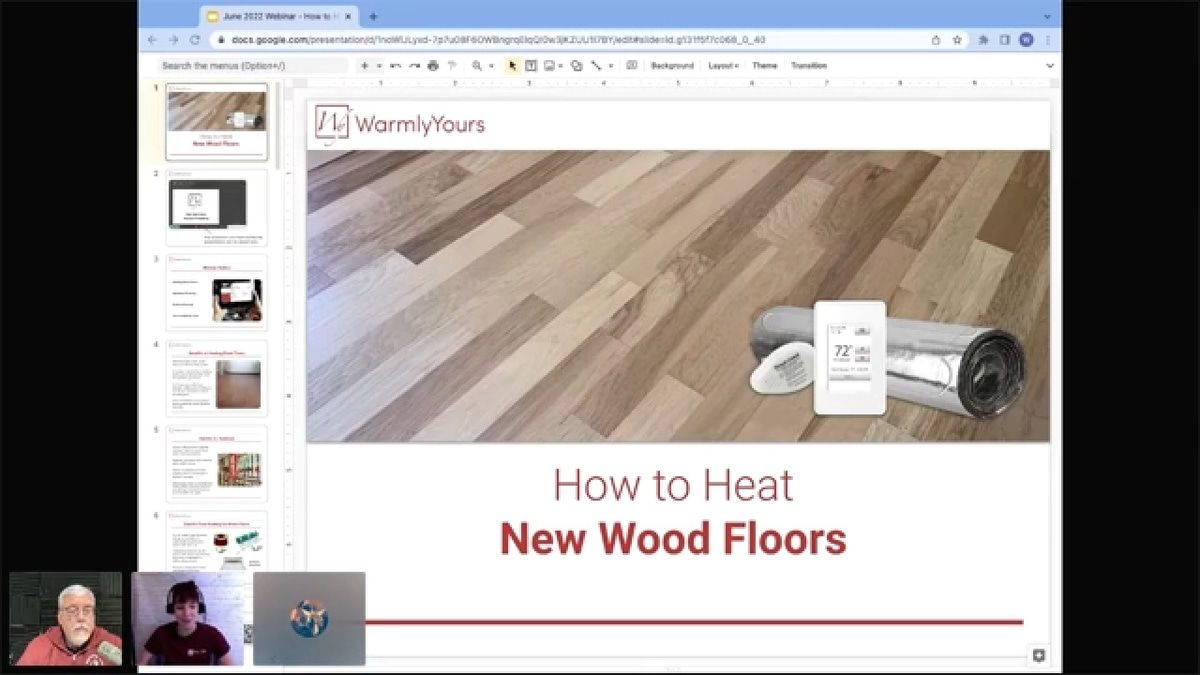