The project featured in this webinar uses our snow melt mats and cables for a heated walkway. By using our new Snow Melt Grid underlayment, cables can be easily attached to existing concrete surfaces - cutting down on installation time. Watch the entire webinar to learn more! 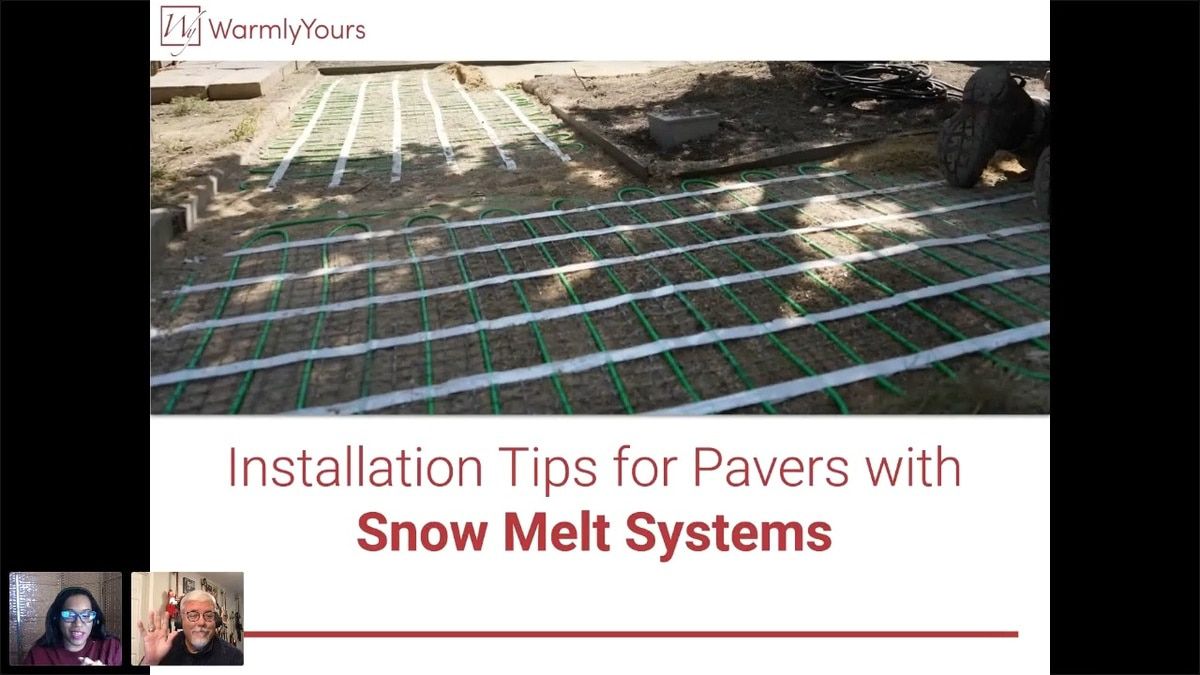