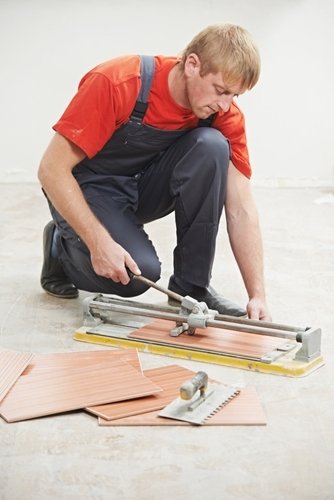 Installing radiant floor heating, remodeling the kitchen or replacing the deck are just a few of the projects many homeowners will tackle this spring. While the season is traditionally a busy time of year for home improvement professionals, this spring is shaping up to be especially active.

Recent surveys have indicated that American homeowners are ready to spend money to update their homes. In fact, a survey of more than 1,300 homeowners conducted in April by the website CouponCabin.com revealed that improvements in the economy are helping them commit to various home improvement projects.

Specifically, the survey revealed that 32 percent of American homeowners feel the improving economy is a motivating factor for home improvement spending. Additionally, more than six-in-ten of those surveyed reported that they are at least somewhat likely to make home renovations or improvements this year.

Furthermore, the Joint Center for Housing Studies of Harvard University recently reported that Americans are expected to continue to increase their home improvement spending through the end of the year. The Center's quarterly Leading Indicator of Remodeling Activity estimated that spending will increase by nearly 20 percent to $149.6 million this year, compared to 2012.

Industry increases
Economists aren't the only ones predicting a good year for the remodeling industry. The National Association of the Remodeling Industry's first-quarter Remodeling Business Pulse revealed current and future remodeling business conditions are booming.

"Remodelers nationwide are not only experiencing increased activity right now, but many have a backlog of projects well into the fall," said contractor and chairman of NARI's Strategic Planning & Research Committee Tom O'Grady. "This current condition is worlds away from March of last year and suggests that the recovery is beginning to gain speed."

NARI's members revealed that business conditions have improved significantly since last year. Customer inquiries are up about 5 percent and requests for bids have increased by 5.2 percent compared to the previous quarter. In addition, an additional 1 percent of bids are being converted to actual jobs - more people are actually going through with the work they want to have done.

Confidence among remodelers
More than three-quarters of the remodeling professionals polled for the RBP believe there will be growth in the industry in the next three months.

"We knew that several things had to turn around in order for business to get better, and NARI members are finally feeling a holistic economic recovery outside and inside the housing market," O'Grady said.

Other factors contributing to the increase in home improvement activity include certainty about the future, low interest rates and overall economic growth.

Did you find this post helpful? Let us know by giving it some applause.
Tagged:
Radiant-news, Home-remodeling, Indoor-heating, Radiant-floor-heating, Remodeling
Join the Discussion
Quick Access Links Indoor Heating Blog
Related Posts
How Much Does Radiant Floor Heating Cost in 2022?
Winterize Your Garage/Driveway with WarmlyYours Radiant Heating
Answering Some of Electric Floor Heating’s Most Frequently Asked Questions (FAQs)
Like this post? Subscribe for regular updates
Make sure you don’t miss out on the latest news in radiant heating by subscribing to our blog. We’ll send you an email with links to the newest posts from WarmlyYours. We won’t share your information and you can unsubscribe at any time with a single click.
Previous Post Kitchen And Bathroom Renovations Remain In Demand
Next Post 7 Ways to Lower Your Gas and Electric Bills