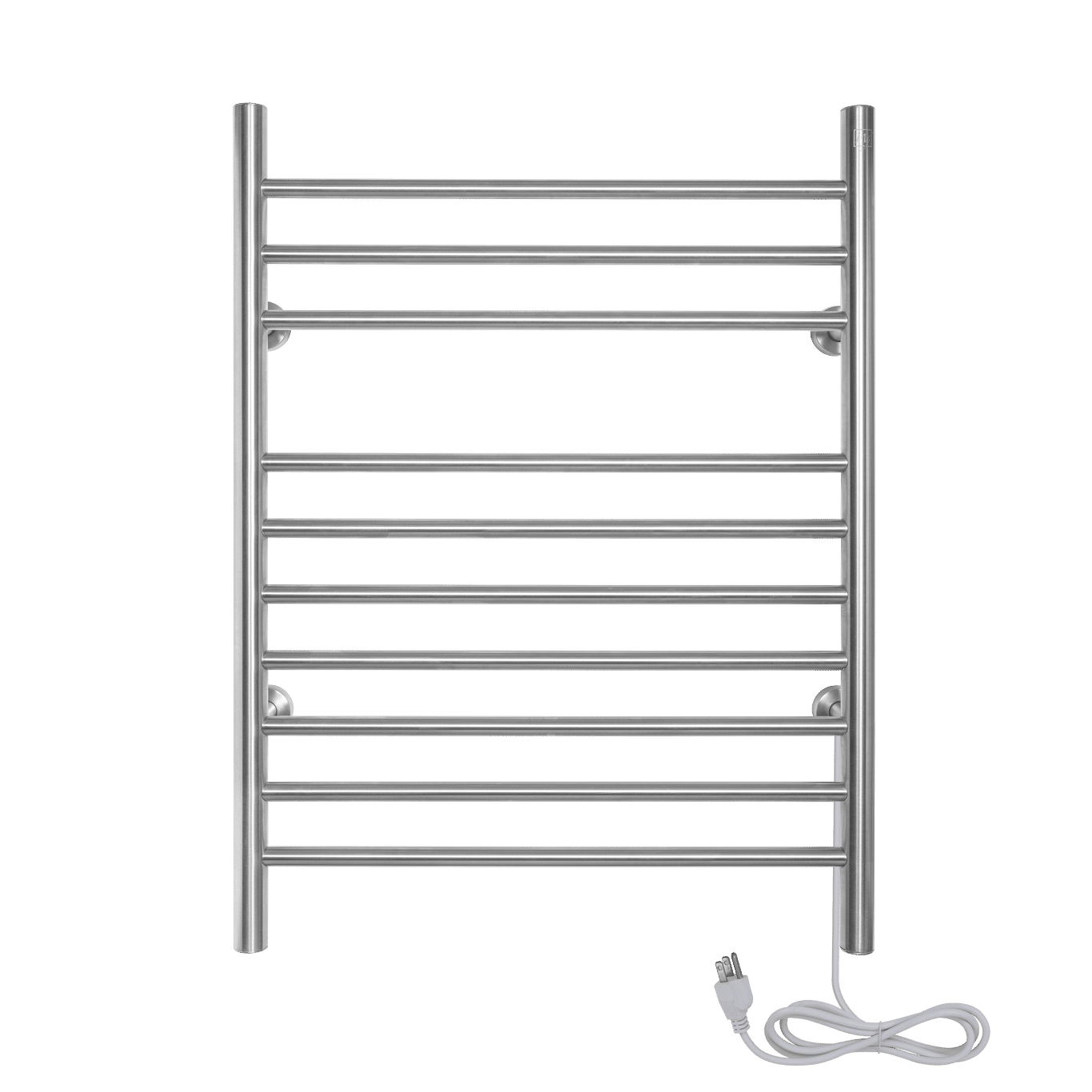 Imagine stepping out of the shower every morning and being able to use fresh-from-the-dryer towels. Now imagine not having to throw your towels in the dryer every morning or run to the laundry room after your shower. The WarmlyYours Infinity electric towel warmer allows you to do just that. With ten bars, this towel rack is convenient and versatile, with enough space for 2 large towels to be warmed at one time. The Infinity towel warmer is made of stainless steel and is available with either a brushed, polished, or matte black finish. This model has ten sleek bars, from which you can hang your towels or bathrobe for a cozy, luxurious experience every day. Step out of the shower or bath every day and wrap yourself in freshly-warmed towels.

This towel warmer is also dual connection, meaning it can be used “as is” to plug into a standard 120 VAC outlet or it can be modified by a licensed electrician to have a hardwired 120 VAC electrical connection. And when this towel warmer is installed with a hardwired electrical connection, its unique design means there is no unattractive and cumbersome cover plate required. Additionally, this towel warmer is extremely safe and is cETLus listed. The Infinity comes with an LED power switch and TempSmart™ overheat protection to prevent the unit’s surface temperature from exceeding 167°F (75°C). The Infinity is covered by our 2-year manufacturer’s warranty for peace of mind.

A great control is the secret to any great heating system. 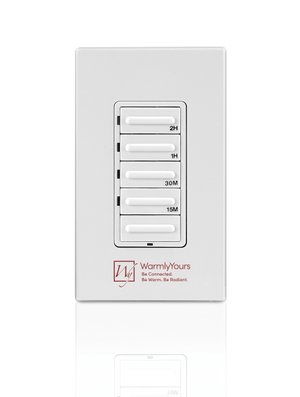 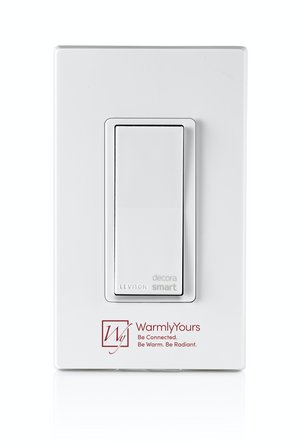 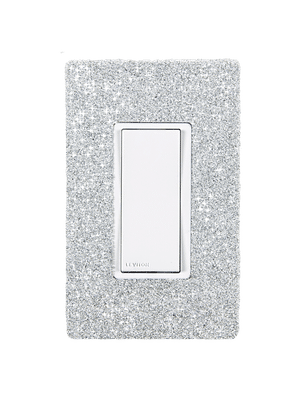 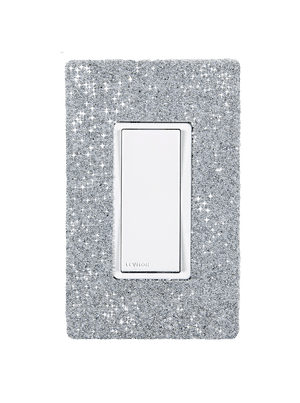 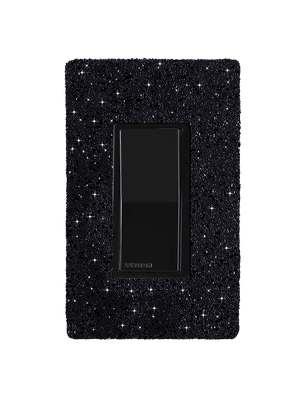 Enhance your product with one of these upgrades. 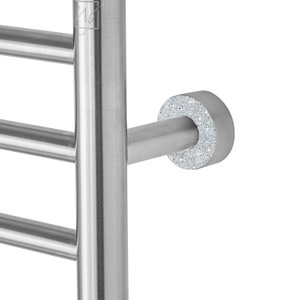 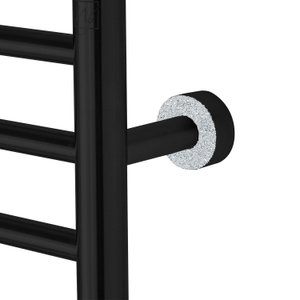 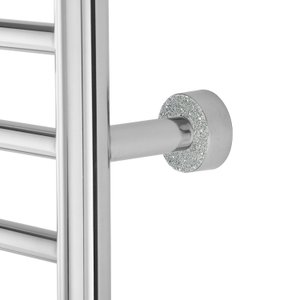 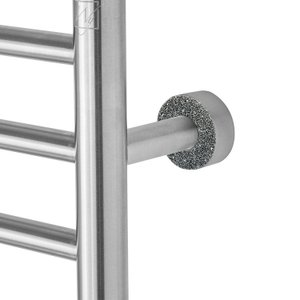 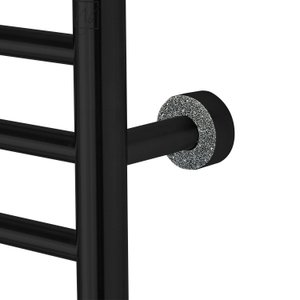 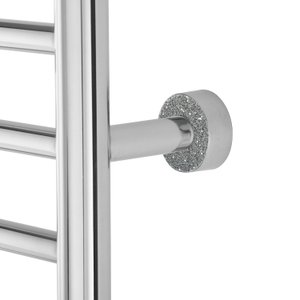 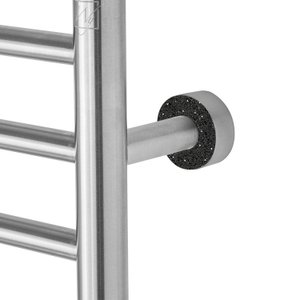 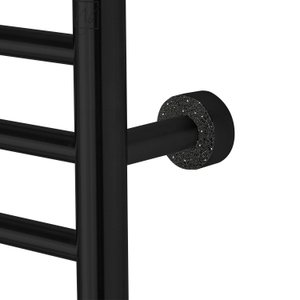 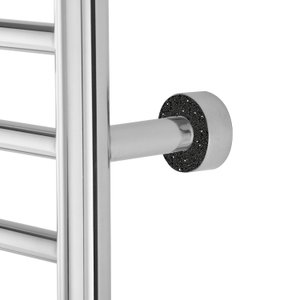 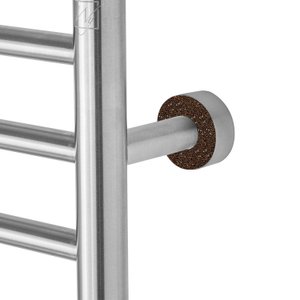 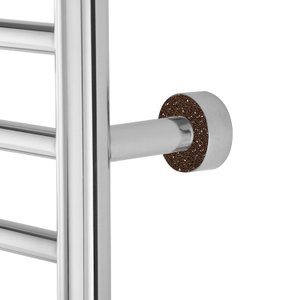 Feel free to chat us if you have any questions about these items. 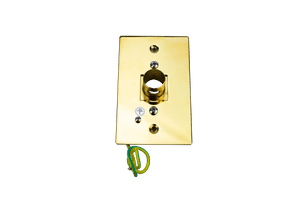 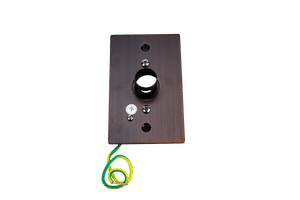 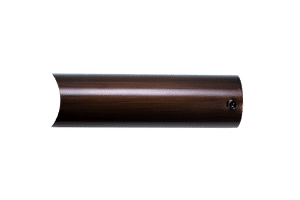 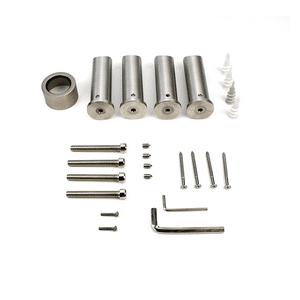 Don't see the answer you're looking for? Post your question

Can I install the towel warmer myself or do I need to hire someone to do it for me?

Each towel warmer comes with an instruction manual which fully explains how to install the device from start to finish. If you can hang a picture, you can probably install a heated towel rack. However, for hardwired models, you will need a licensed professional who is certified to do electrical wiring for the final hook-up.

How do I use the towel warmer after it is installed?

Our towel warmers are designed for everyday use and all of them include an integrated on/off switch. Please note that the Ibiza model includes additional built-in timer options for controlling the unit. WarmlyYours also offers a wide array of controls that can be used with your heated towel rack. Depending on the control you select, you can program the heated towel rack to your schedule or operate it remotely. Just bear in mind that the heated towel rack is designed to gradually warm towels over the course of a day and does work best when towels are left to hang for about 3 hours.

How hot does the towel warmer actually get and is there any possibility of damage?

The heated towel rack will heat up to between 100 and 140 degrees Fahrenheit. It will not produce sufficient heat to injure you if you touch or brush up against it, though you should still exercise caution around the device. Please note that once a heated towel rail is warmed up, the surface temperature will remain constant and can't be adjusted incrementally.

The heated towel racks have a built-in offset from the wall (the size of the offset will depend on which model you purchased); the offset provides sufficient clearance to prevent any damage to the wall. You should also maintain a distance of four inches between the towel warmer and surrounding fixtures.

Additionally, nearly all of our electric towel warmer models* come with built-in TempSmart™ overheat protection which will shut the unit down automatically if the unit's surface exceeds the safety limit of between 149°F (65°C) and 167°F (75°C).

Does the towel warmer have an automatic shutoff function?

The heated towel rack is designed to stay on at a relatively constant temperature to keep your bathrobes and towels fresh, warm, and dry. However, should you need to turn the unit off for any reason, you can use the integrated on/off switch on the unit. If you’re using a control for your heated towel rack, you may need to shut off the unit there as well.

Most of our electric towel warmer models* come with built-in TempSmart™ overheat protection which will shut the unit down automatically if the unit's surface exceeds the safety limit of between 149°F (65°C) and 167°F (75°C).

How heavy/large are the towel warmers?

Weights vary based on design but typically range from 9 to 29 pounds. Even a larger towel warmer will not be a problem when attaching to the wall. As indicated in the instruction manual, you just need to make sure that at least two of the four brackets are attached to a stud.

Infinity Towel Warmer achieved an average rating of 4.8 stars with 73 reviews by our customers.

I love, love, love my towel warmer. It adds a big of extra warmth when I get out of the shower and wrapping myself in a warm towel feels wonderful. I'm so very happy with my towel warmer and will always have one. Purchasing from WarmlyYours was easy and the and the staff helpful. I got my warmer in a few days from the time I place the order and I'm very pleased!

Great purchase, my second one from Warmly Yours

This is the second purchase from WarmlyYours - different home. The first purchase was a hard wired one. The problem was that the timer display stopped working and I did not want to buy and install another one. This one is a plug in. I attached it to a 24 hour timer and I am happy. The first one is about ten years old and working great except for the timer. I just keep it on 24/7.

Product was delivered as promised and performs perfectly.

When I recommend towel warmers to friends and family, I warn them that once you've had a warm towel out of the shower, there's no going back. I was without mine for a few weeks and it seemed like ordinary towels were now unusually cold and used towels never seemed to dry. I actually drove to the WarmlyYours warehouse to get my new towel warmer faster (and also to save shipping and see if they had an old model in stock that matched my previous towel warmer.) They were extremely helpful and friendly - even going so far as to pull the replacement out of the box and test it in front of me. The same goes for the customer support I've received all along from them. It is five star. Which is why I insisted on a WarmlyYours replacement when my old towel warmer gave out. (Likely caused by the my original installer using the wrong type switch. My only complaint being that I wish I could control the temperature of the towel bar beyond on or off. It does seem to burn my towels and eventually wear them out, I've attached several pictures, but a warm towel is worth the cost of buying new towels each year.) In summary, warm bath towels are a game changer, and with WarmlyYours you get quality American customer support.

Absolutely the best towel warmer we’ve ever owned! The quality, material of construction & workmanship is first class and it looks & functions perfectly.

This towel bar, service and delivery was awesome, thank you

This towel bar, service and delivery was awesome, thank you

Moving to a new home and leaving behind my towel warmer was a challenge and I couldn't wait to get one for this house. Chose your company and don't regret my choice. Fast efficient service, a follow up call (almost unheard of these days) and an excellent product. Will certainly use you again if I need to and have no hesitation in recommending you to others.

GREAT in every way!!

This is a beautiful product and I highly recommend the towel warmer and WarmlyYours as a company. Great to deal with!

We had a specific space in the master bath for this unit and it fit like a dream. We bought the timer and it stays nice and warm for the time we need and then shuts off automatically.